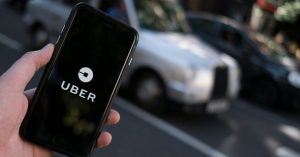 The FAC stated that Uber provided transportation services to the public by connecting consumers to its “ ‘partner drivers’ ” through the use of a GPS-enabled smartphone application. At the time Uber began operating, it had not received any licenses, permits or approvals from the CPUC to operate as a charter-party carrier.  As such, the FAC asserted causes of action for (1) violation of the Unfair Competition Law (UCL; Bus. & Prof. Code, § 17200 et seq.); (2) intentional interference with prospective economic relations; (3) negligent interference with prospective economic relations; (4) accounting; and (5) declaratory relief.  Uber demurred asserting that the Court lacked jurisdiction under the CPUC; the court agreed.  Plaintiffs then filed a Second Amended Complaint (SAC) which Uber again attacked.  The Plaintiffs did not respond and Uber’s Demurrer the the SAC was granted and the Plaintiff’s case was thrown out.  Plaintiff’s appealed.

The Appeals Court noted that the CPUC is a state agency of constitutional origin and possesses broad authority to supervise and regulate every public utility in California. (Cal. Const., art. XII, §§ 1–6.) It has the power to “do all things, whether specifically designated in [the Public Utilities Act] or in addition thereto, which are necessary and convenient in the exercise of such power and jurisdiction.” (§ 701.) Its powers include setting rates, establishing rules, holding hearings, awarding reparation, and establishing its own procedures. (San Diego Gas & Electric Co. v. Superior Court (1996) 13 Cal.4th 893, 915 (Covalt).) “ ‘The commission’s authority has been liberally construed’ [citation], and includes not only administrative but also legislative and judicial powers.” (Ibid.)

The Appeals Court went on to observe that the Legislature has acted to limit judicial review of CPUC actions. Section 1759, subdivision (a) provides: “No court of this state, except the Supreme Court and the court of appeal, to the extent specified in this article, shall have jurisdiction to review, reverse, correct, or annul any order or decision of the commission or to suspend or delay the execution or operation thereof, or to enjoin, restrain, or interfere with the commission in the performance of its official duties, as provided by law and the rules of court.” However, this provision “is not intended to, and does not, immunize or insulate a public utility from any and all civil actions brought in superior court.” (People ex rel. Orloff v. Pacific Bell (2003) 31 Cal.4th 1132, 1144 (Orloff ).)

Ultimately, the Appeals Court held that allowing the SAC to proceed would require the trial court to make factual findings regarding whether Uber falls within the charter-party carrier definition and, if so, which regulations would apply to its operations. A  judicial determination on these issues would directly infringe upon the CPUC’s ongoing
rule making in this area. As such, the claims in the SAC are barred by section 1759.12. Because it found these claims barred by section 1759, it did not address whether the SAC stated any viable claims for relief.  The Judgment of the Trial Court was affirmed and the Plaintiffs’ case failed.