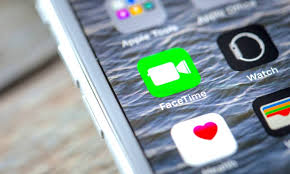 In Bethany Modisette, et al. v. Apple, Inc., the Court finds that Apple owed no duty to the injured driver, passengers and family members of a vehicle struck by a “distracted” driver FaceTiming.  Moreover, the court found no causation between Apple’s design and implementation of the FaceTime App and the accident caused by the “distracted” driver despite prior knowledge of the risks involved and the availability of Apple’s own “lock out” technology which would prevent use of the App while driving.

On December 24, 2014, Bethany, James, Isabella, and Moriah Modisette were traveling in their family car on Interstate 35W in Denton County, Texas. Garrett Wilhelm was also driving on the interstate, and, while driving, was using the FaceTime
application on his Apple iPhone 6 Plus. Traveling at highway speed, Wilhelm crashed into the Modisettes’ car, which had stopped due to police activity. The accident caused severe physical and emotional injuries to each of the Modisettes, and Moriah, aged five, subsequently died at the hospital. Wilhelm told the police that he was using FaceTime at the time of the crash. Police found Wilhelm’s iPhone at the scene with FaceTime still activated.

The first amended complaint alleged causes of action for general and gross negligence, negligent and strict products liability, negligent and intentional infliction of emotional distress, loss of consortium, and public nuisance. The Modisettes alleged that the car accident “occurred . . . when a driver, distracted while using the ‘FaceTime’ application on an Apple iPhone 6 Plus during operation of his motor vehicle, collided at highway speed with [their] stationary motor vehicle and caused severe physical and emotional injuries to [them],” and that Apple’s failure to design the iPhone “to ‘lock out’ the ability of drivers to utilize the ‘FaceTime’ application on the Apple iPhone while driving a motor vehicle, . . . resulted in the[ir] injuries.” The complaint incorporated by reference the “body of studies and data that demonstrate the compulsive/addictive nature of smartphone use.”

The trial court sustained Apple’s demurrer to the first amended complaint without
leave to amend and dismissed the action on May 8, 2017. The court found that “each
cause of action . . . fails, as a matter of law, to establish either the element of duty or of
causation.”

The Court of Appeal held:

We conclude that the Modisettes’ claims for general and gross negligence,
negligent products liability, negligent infliction of emotional distress, and public nuisance
fail because Apple did not owe the Modisettes a duty of care. We base this determination on two considerations: first, the tenuous connection between the Modisettes’ injuries and Apple’s design of the iPhone 6 Plus without lockout technology; and, second, the burden to Apple and corresponding consequences to the community that would flow from such a duty. We also determine that the Modisettes’ claims for strict products liability, intentional infliction of emotional distress, and loss of consortium fail for lack of proximate cause.  Accordingly, we affirm the judgment.

Civil Code section 1714, subdivision (a) provides in relevant part: “Everyone is
responsible, not only for the result of his or her willful acts, but also for an injury
occasioned to another by his or her want of ordinary care or skill in the management of
his or her property or person, except so far as the latter has, willfully or by want of
ordinary care, brought the injury upon himself or herself.”  However, there are exceptions.  Here,however, the Court analyzed the so called “Rowland” exceptions to the Civil Codes straightforward statement of “Duty.”

In Rowland v. Christian, the California Supreme Court articulated the factors to be
considered when determining whether public policy supports the creation of an exception to the statutory presumption of duty set forth in Civil Code section 1714.
(Rowland v. Christian (1968) 69 Cal.2d 108, 112-113 (Rowland).) The central factors identified by Rowland are “the foreseeability of harm to the plaintiff, the degree of certainty that the plaintiff suffered injury, the closeness of the connection between the defendant’s conduct and the injury suffered, the moral blame attached to the defendant’s conduct, the policy of preventing future harm, the extent of the burden to the defendant and consequences to the community of imposing a duty to exercise care with resulting liability for breach, and the availability, cost, and prevalence of insurance for the risk involved.”  While the Court acknowledged that many of the factors present weighed in favor of finding a duty for Apple.  Here, the Court found that the involvement of a third party, the distracted driver, eliminated any potential duty that Apple may have otherwise owed to the plaintiffs.  The Court noted, that Apple’s design of the iPhone …  simply made Wilhelm’s [distracted driver] use of the phone while driving possible, as does the creator of any product (such as a map, a radio, a hot cup of coffee, or makeup) that could foreseeably distract a driver using the product while driving.  And that Apple’s design of the iPhone did not put the danger in play.  While this analysis appears to be a stretch designed to reach the desired conclusion, the real basis appears to be the following:

…we determine that the burden a contrary conclusion would place upon cell-phone
manufacturers and the consequences to the community strongly militate toward finding
that Apple had no duty to the Modisettes even if their injuries were foreseeable. “A duty
of care will not be held to exist even as to foreseeable injuries . . . where the social utility of the activity concerned is so great, and avoidance of the injuries so burdensome to society, as to outweigh the compensatory and cost-internalization values of negligence liability.” (Kesner, supra, 1 Cal.5th at p. 1150.)

A court will craft an exception to the duty of care even for foreseeable harms if
“allowing the possibility of liability would result in such significant social burdens that
the law should not recognize such claims.” (Kesner, supra, 1 Cal.5th at p. 1144.) “[A]ny
duty rule will necessarily exclude some individuals who, as a causal matter, were harmed by the conduct of potential defendants.” (Id. at p. 1155.)

The Court then turned to the Modisettes’ claims against Apple for strict products liability, intentional infliction of emotional distress, and loss of consortium which do not require a showing that Apple owed the Modisettes a duty of care, but they do contain the necessary element of causation. As expected, the Court held, “We conclude that the tenuous connection between Apple’s conduct and the Modisettes’ injuries bars a finding of proximate causation.”  And, those claims are gone as well.

The take away appears to be that the social utility of the cell phone outweighs the dangers caused by distracted drivers.  But, this may only be the result of a lack of publicity and pubic outrage for this particular case.