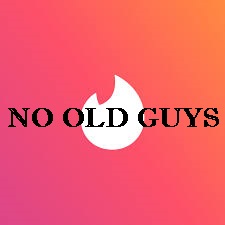 Tinder, Inc. owns and operates the smartphone-based dating application, Tinder. The original app began, and is still offered, as a free online dating service. It presents users with photos of potential dates. The user can swipe right to express approval, or swipe left to express disapproval. In March 2015, Tinder released a premium service called “Tinder Plus,” which allows users to access additional features of the app for a monthly fee.

Plaintiff, Allan Candelore, commenced this action on behalf of himself and a putative class of California consumers who were over 30 years old when they subscribed to Tinder Plus. The complaint alleges that Tinder charges consumers who are age 30
and older $19.99 per month for Tinder Plus, while it charges consumers under the age of 30 only $9.99 or $14.99 per month for the Tinder Plus features.1 Candelore sued for age discrimination in violation of the Unruh Civil Rights Act (Civ. Code, § 51; the
Unruh Act or the Act) and the Unfair Competition Law (Bus. & Prof. Code, § 17200 et seq.; the UCL).2 The trial court sustained Tinder’s demurrer without leave to amend, ruling in part that Tinder’s age-based pricing practice did not constitute arbitrary or invidious discrimination because it was reasonably based on market testing showing “younger users” are “more budget constrained” than older users, “and need a lower price to pull the trigger.”

But, as discussed below, the Unruh Act provides broad protection against arbitrary age-based price discrimination. No matter what Tinder’s market research may have shown about the younger users’ relative income and willingness to pay for the service, as a group, as compared to the older cohort, some individuals will not fit the mold. Some older consumers will be “more budget constrained” and less willing to pay than some in
the younger group. We conclude the discriminatory pricing model, as alleged, violates the Unruh Act and the UCL to the extent it employs an arbitrary, class-based, generalization about older users’ incomes as a basis for charging them more than
younger users. Because nothing in the complaint suggests there is a strong public policy that justifies the alleged discriminatory pricing, the trial court erred in sustaining the demurrer. Accordingly, we swipe left, and reverse

1. Overview of the Unruh Act
“Enacted in 1959, the Unruh Act secures equal access to public accommodations and prohibits discrimination by business establishments. Its predecessor, our state’s first public accommodations statute, became law in 1897.” (Harris, supra, 52 Cal.3d at p. 1150.) “The 1897 act was patterned in part after the National Civil Rights Act of 1875 (18 Stat. 335, ch. 114, §§ 1-2) which guaranteed to all persons within United States
jurisdiction ‘the full and equal enjoyment of the accommodations, advantages, facilities, and privileges of inns, public conveyances on land or water, theaters, and other places of public amusement . . . .’ ” (Harris, at p. 1150, fn. 3.)

The Unruh Act provides that “[a]ll persons within the jurisdiction of this state are free and equal, and no matter what their sex, race, color, religion, ancestry, national origin, disability, medical condition, genetic information, marital status, sexual orientation, citizenship, primary language, or immigration status are entitled to the full and equal accommodations, advantages, facilities, privileges, or services in all business
establishments of every kind whatsoever.” (§ 51, subd. (b).) The Act’s “fundamental purpose” is “to secure to all persons equal access to public accommodations ‘no matter’ ” their personal characteristics. (Harris, supra, 52 Cal.3d at p. 1169.) To accomplish this purpose, the Act prohibits “arbitrary discrimination by business establishments.” (In re Cox (1970) 3 Cal.3d 205, 216 (Cox); Sargoy, supra, 8 Cal.App.4th at p. 1043 [the Act renders unlawful “arbitrary, invidious or unreasonable discrimination”].)

Although its text identifies particular kinds of discrimination – such as sex, race, and national origin – this list is “illustrative, rather than restrictive,” and the Unruh Act’s
proscription against arbitrary discrimination extends beyond these enumerated classes. (Cox, supra, 3 Cal.3d at p. 212; Marina Point, Ltd. v. Wolfson (1982) 30 Cal.3d 721, 730, 732 (Marina Point).) Nevertheless, the enumerated categories, bearing the
“common element” of being “personal” characteristics of an individual, necessarily confine the Act’s reach to forms of discrimination based on characteristics similar to the statutory classifications – such as “a person’s geographical origin, physical attributes, and personal beliefs.” (Harris, supra, 52 Cal.3d at p. 1160.) The “personal characteristics” protected by the Act are not defined by “immutability, since some are, while others are not [immutable], but that they represent traits, conditions, decisions,
or choices fundamental to a person’s identity, beliefs and selfdefinition.” (Koebke v. Bernardo Heights Country Club (2005) 36 Cal.4th 824, 842–843 (Koebke).)

Because we may reasonably infer that this generalization does not hold for all
members of the respective age classes (see, e.g., Pizarro, supra, 135 Cal.App.4th at p. 1176), we may also infer that Tinder’s pricing model will, in some cases, result in older individuals who earn less than some younger users being charged more than twice what those younger users must pay to access the Tinder Plus features. A blanket, class-based pricing model like this, when based upon a personal characteristic such as age,
constitutes prohibited arbitrary discrimination under the Unruh Act. (See Marina Point, at p. 740 [“ ‘Even a true generalization about the class is an insufficient reason for disqualifying an individual to whom the generalization does not apply,’ ” italics
omitted].)

Consistent with Marina Point, we conclude Tinder’s alleged discriminatory pricing model cannot be justified by a generalization about the relative incomes and budget limitations of the two implicated age groups.

As alleged, Tinder’s pricing model discriminates against users age 30 and over, and the complaint’s allegations do not compel the finding that this discrimination is justified by a strong public policy in favor of such differential treatment. While we make no judgment about the true character of Tinder’s pricing model, or whether evidence exists to establish a sufficient justification for charging older users more than younger users, we
conclude the complaint’s allegations are sufficient to state a claim for age discrimination in violation of the Unruh Act. The trial court erred in sustaining Tinder’s demurrer to the Unruh Act claim

The Complaint States a Claim for Violation of the UCL

The UCL prohibits, and provides civil remedies for, “unfair competition,” which includes “any unlawful, unfair or fraudulent business act or practice.” (Bus. & Prof. Code, § 17200.) Its purpose “ ‘is to protect both consumers and competitors by promoting fair competition in commercial markets for goods and services.’ [Citations.] In service of that purpose, the Legislature framed the UCL’s substantive provisions in ‘ “broad sweeping
language” ’ [citations] and provided ‘courts with broad equitable powers to remedy violations’ [citation].” (Kwikset Corp. v. Superior Court (2011) 51 Cal.4th 310, 320.)

As discussed, the Unruh Act protects “all persons” from status-based discriminatory business practices that operate to deprive innocent individuals of “full and equal accommodations, advantages, facilities, privileges, or services in all business
establishments of every kind whatsoever.” (§ 51, subd. (b); Marina Point, supra, 30 Cal.3d at p. 740.) Insofar as the complaint sufficiently alleges a violation of the Act and the public policy it embodies, a claim for violation of the UCL has also been stated.

And, with that, the trial court was reversed and the matter remanded for further proceedings.

It ‘s important to note that the court did not preclude Tinder from alleging other, non-discriminatory reasons for its pricing structure. So,we would anticipate a second bite at the apple by Tinder.